This 64 Catalina is owned by Dan Marsh. 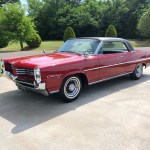 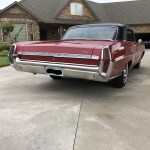 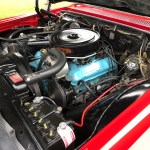 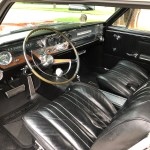 We will have to wait for full information on this car since Dan is currently on his way to a few shows. I know the car came from DAPA, if you will. One of their members owned the car before Dan got a hold of it. I think it’s kind of nice, keeping it in the family, if you will.

This 54 Star Chief Deluxe is owned by Dan Marsh. 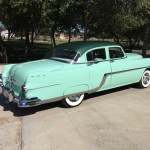 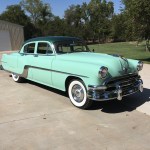 The car originally came from Illinois where the second owner, a retired Air Force officer, who now resides in Moore purchased the car from the original owner in about 2003.  The car now has 59,300 miles on it.  When I first looked at the car it was obvious it had been well cared for all its life.  Although it is a work in progress, I did manage to win a second place trophy in the Best GM class at the Mufflers On Main in Blanchard last weekend.  I am enjoying the car.

This 52 Catalina is owned by Dan Marsh. 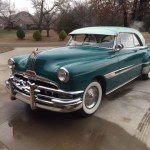 Dan purchased this Pontiac(Model # 2537 SD) in January 2014 from an Early Times Chapter member in Wyoming. He had owned the car since 1991. With the car came the original keys with Chief Pontiac on the head of each key and the original leather key fob with the original dealers name and location in Junction City, Oregon. The car has 75,000 miles on it currently. The straight eight engine as near as he can tell is original to the car. It is equipped with a Hydramatic transmission, which he just had totally rebuilt here in Oklahoma City. The previous owner also had the leather upholstery redone. The chrome on this car has also been redone or replaced with NOS at some time in the past. Current issues I am tackling include figuring out why the new starter solenoid has not cured the starting issue I have with the car. It also has a miss at certain speeds and I am starting to investigate that as well. Like many who collect Pontiac’s, I grew up with them. My father owned several through the years, including a 49, 52, 55 and 62. Dan enjoys talking to fellow Pontiac owners and realize there is a lot to learn about these cars from fellow owners.