Cars our members drove to the show, these were not part of the competition, thanks Dan for shooting these

Some more pics from the Rolling Thunder Car Show July 18 Thanks to Straight Shooter for their entertainment. If you want to contact them, link off their name.

We gathered at 122nd and I-35; then drove to Tulsa for the Darryl Starbird’s National Rod & Custom Car Show; saw some amazing cars and then took the old Route 66 hwy home.  Here’s a few highlight pics provided by Sheryl Ore.

On Saturday, October 24, ten COPA members saddled up for the clubs Fall Cruise – which was a substitute for the Wewoka Sorghum Festival which was cancelled.  Ten members – with assorted wives and other relatives – meet up at Cracker Barrel for breakfast and then headed out on old route 66.  The first stop was at the Seaba Station Motorcycle Museum in Warwick.  We spent about an hour perusing the great collection of motorcycles and memorabilia.  Then it was on to Stroud for lunch at the famous Rock Cafe.  We we to meet up with folks from the Indian Nations chapter which turned out to be just one!  However, he was also in the Tulsa Camaro Club and he brought along about eight late model Camaro’s with a friendly bunch of fellow auto enthusiasts!  After lunch, we had an informal gathering outside the Rock and we invited the Camaro folks to join us on our cruise back to Oklahoma City, by way of the Chandler Activity Center, the Chicken Shack and Soda Pop’s.

Our first stop on the return trip was at the soon to open Chandler Activity Center.  They have a large newly paved parking lot with many vintage gas signs posted throughout the parking lot.  It was a great place for a photo-op!  While there, people working on the inside  came out and invited us to tour the facility – even though it won’t open to the public until around the first of the year.

Wow!  What a place!  There will be a small restaurant, 16 bowling lanes, miniature golf, laser tag, band stand, dance floor, and a bar!  Decorated throughout with signs galore!  Most automotive and Route 66 related. Definitely a cruise destination for the future!

From there it was on to the Chicken Shack in Chandler for some “adult beverages” .  We parted ways with our Camaro friends here as we continued on to Soda Pop’s in Arcadia where we regrouped for the next stop at Phil Zackers residence in Edmond to view his private car collection.  And what a collection it was!  All concourse quality cars – and a gorgeous custom truck! Along with some motorcycles and auto memorabilia.  A big thanks to Phil for have us and sharing his collection with us!

We didn’t see the sun until we left the Rock but it turned into an absolutely beautiful fall afternoon for a cruise.  What a wonderful day to get our vehicles out one more time and cruise with friends.  Great Day!!!!

Some more pics from the Rolling Thunder Car Show June 28, 2020. Thanks to Straight Shooter for their entertainment. If you want to contact them, link off their name.

Some pics from over 100 entries at the Rolling Thunder Car Show June 30, 2019. Thanks to Straight Shooter for their entertainment. If you want to contact them, link off their picture. 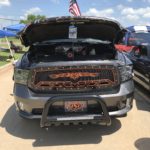 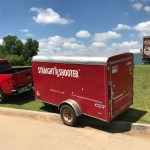 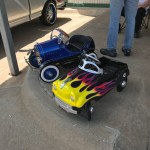 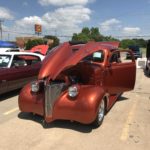 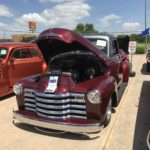 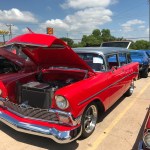 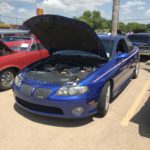 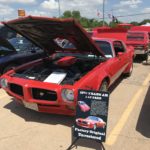 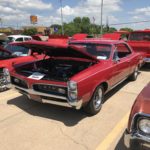 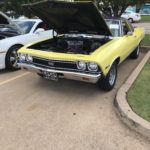 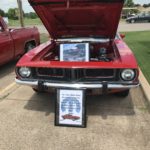 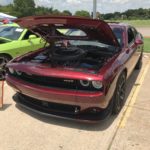 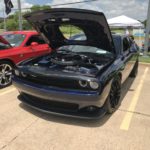 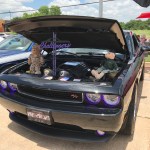 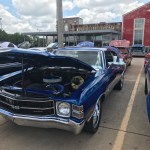 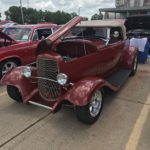 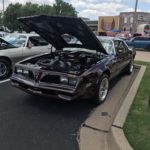 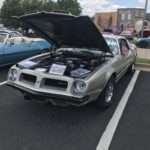 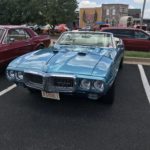 April 27, COPA members cruised en mass to the annual Tri-City Cruisers Car Show. We cruised in with 11 cars! Attending were: Mike Borelli (’69 Judge); Mick Davenport (’65 GTO); Charlie Hutson (’71 Catalina); Marco Janet (’61 Catalina); Chris Keyes (’67 GTO); Dale Kruchenberg (’65 GTO); Dan Marsh (’54 Catalina); Joel Mayhan (’64 Bonneville); Todd McClain (’62 Catalina); Wayne Rodriques (’73 Trans Am); Ladonna Kruckenger (’03 Thunderbird). We always count Ladonna-she pays for breakfast!
After registration everyone trooped over to Jimmy’s egg for breakfast courtesy of COPA. This has become a tradition! After breakfast we settled in and enjoyed another outstanding car show by the Tri-City Cruisers on an absolutely beautiful spring day! There were about 244 cars registered. Competition was tough. There were lots of beautiful cars in attendance. Mike Borelli captured one of the Top 10 trophies with his ’69 Judge. Congratulations to Mike. Todd McClain took on of the unique Sponsor Trophies with his ’62 Catalina. Joel accepted the trophy on behalf of COPA for the club with the largest participation. A first for COPA! 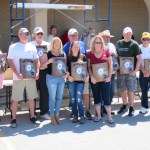 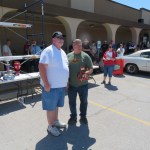 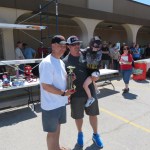 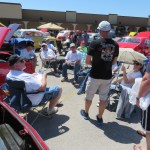 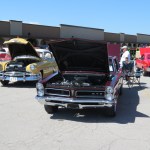 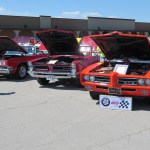 Several members of the COPA were honored last month when they were invited to participate in the Annual Oklahoma City Auto Show. They were invited to display their respective vehicles in the reenactment of the “1960’s Auto Show”. Only about three dozen cars were invited to participate. Joel showed his 1964 Bonneville convertible while Dan Marsh brought his 1964 Catalina. Chris had his 1967 GTO and Mike was present with his 1968 Judge. The show lasted three days and was open to the public. All the ’60’s cars generated a lot of interest and a lot of memories. All participants had the opportunity to visit with other participants and interact with the public and tell the Pontiac story. 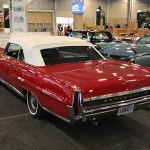 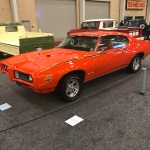 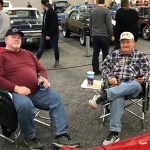 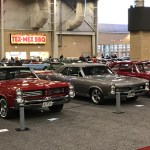